Tanzania is an amazing birding destination. More than 1000 species of birds, currently recorded in the country, a visiting birder on a 3 week birding trip can expect to see as many as 700 species of birds. But it is not only the number of species which sets Tanzania apart. Tanzania protects some of the world’s largest and most pristine wilderness areas and wildlife reserves and the quality of wildlife watching and birding in the wilderness areas of Tanzania are unsurpassed. Globally endangered species are still common and up to 35 endemic species occur in the country and most can be seen by any birder in a comfortable safari.

The national parks to the north of Tanzania, the Serengeti National park, Lake Manyara and Tarangire are very good for large raptors and scavengers, but, if you are looking to get away from the “flock” then please see a few additional areas below:

The Momella Lakes – located in the north of Arusha National Park, these lakes are fed by underground streams and are a mecca for water birds in particular. Species commonly seen here include flamingo, pelican, little grebe and a variety of herons, ducks and waders are also common.

Lake Natron – fed by underground springs and the Ewaso Ngiro River, Lake Natron is one of the famous Rift Valley Lakes and sits to the north of the Ngorongoro Crater, on the border with Kenya. This inhospitable region or caustic waters and parched earth is the main breeding ground for East Africa’s 2.5 million or so lesser flamingo who rally here in the summer months of August and September. As a sheer spectacle on its own, it is something worth seeing.

Rubondo Island – situated in the southern reaches of Lake Victoria, Rubondo Island is an oft forgotten corner of Tanzania and, only now, is it becoming more developed and connected once more. This island has many great features but one of these is that, with its forested and freshwater habitats, it is very popular for bird species of all kinds.

Amani Nature Reserve – is a section on the Eastern Arc Mountains, the Amani Nature Reserve is probably one of the most exciting and accessible areas for birding in north eastern Tanzania and, for those looking to see any of Tanzania’s endemic species, it is a must visit. 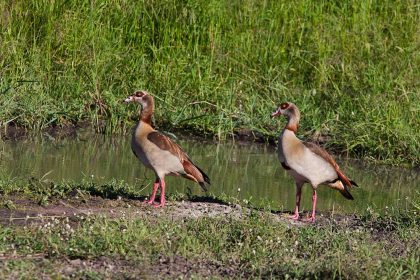 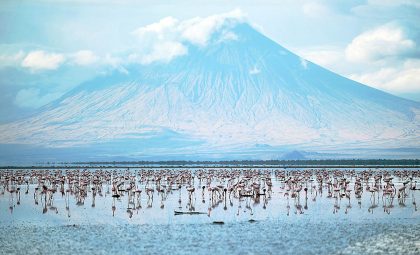 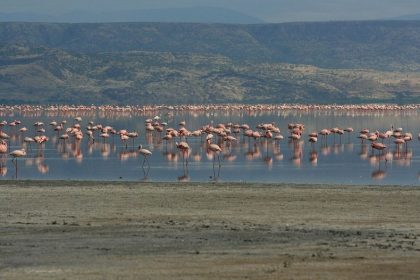 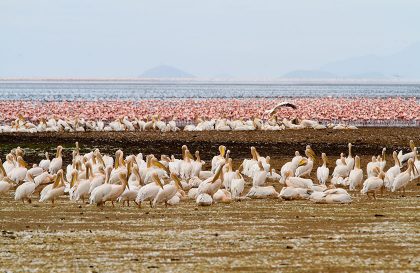 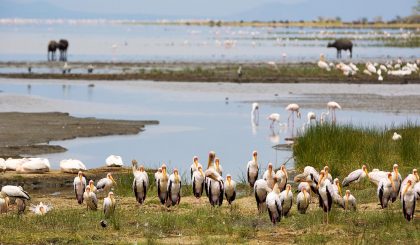 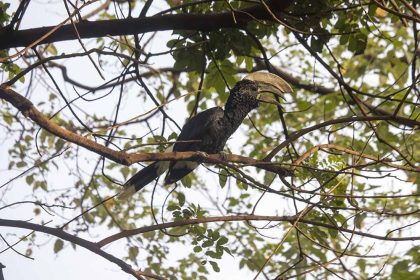 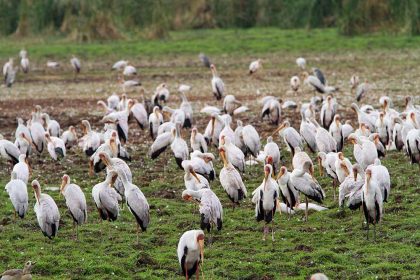 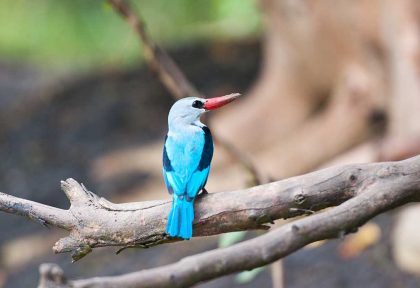 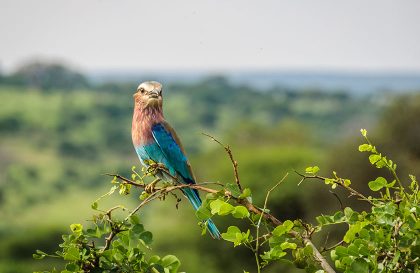 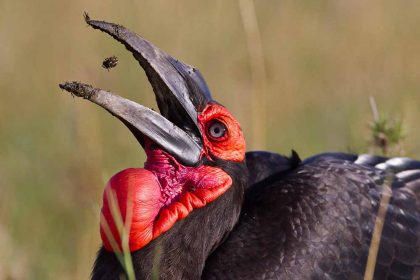 Birding In the South of Tanzania

As with the northern parks of Tanzania, the main parks of the Selous Game Reserve and Ruaha National Parks are superb birding destinations in their own right.

The Selous Game Reserve – with most of the main camps in the park being located along the winding Rufiji River, the Selous is a superb park for seeing all numbers of bird species ranging from the fish eagle to the malachite kingfisher and the secretary bird.

Ruaha National Park – is inhabited by over 450 different bird species including some endemics such as the Ashy starling and the Yellow-collared Lovebird. The resident birds of the Ruaha National Park are: the Crested barbet, Dickinson’s kestrel, Pale-billed hornbill, Violet-crested turaco, Racket-tailed roller, Plovers, Kingfishers, Hornbills, Green-woodhoopoes, Sunbirds, Bee-eaters and Egrets.

The national park is also inhabited by birds of prey such as Pel’s fishing owl, the African hawk, the Bateleur, and Eagles such as the Long-crested, Martial and Snake eagles

Birding in Tanzania is always good at all times. However, it is preferable that you plan your bird watching between November and April. During this time, there are migratory birds from different continents like Europe and the northern part of Africa. Besides, during this period most of the different species of resident birds are nesting and in breeding plumage.

We offer birding photography tours in all parts of Tanzania and will be happy to design for you a tour that suits all of you budget and birding needs. A unique perspective on Tanzanian wildlife and landscape is that it has numerous places for birding and our Guides are professionally qualified ornithologists.

Africa Pathways Expeditions offers personalized Bird photography tours in Tanzania, perfectly designed to meet the needs of all birders. We organize custom affordable Birding tours so that you can enjoy the greatest abundance and diversity of birds.

Enquire about this tour